Waxing can cause eyebrows to experience redness and other unwanted symptoms. In this article, we explain why your eyebrows get red after waxing and how to prevent irritation from redness in the future.

What Is Eyebrow Waxing?

Eyebrow waxing is a method of hair removal that involves applying warm wax on top of any unwanted hair.

After applying it to the desired area where you want to remove the hair, a thin cloth strip is placed over the wax and pressed firmly in the direction of the hair growth.

After a few seconds, the cloth is quickly removed in the opposite direction of the hair growth which removes all the hairs underneath directly from the hair follicle.

There are two types of wax that are used in eyebrow waxing along with waxing other places of the body. These are called soft wax and hard wax.

When a piece of cloth is used to remove the wax, soft wax is the type of wax being used.

Most salons that offer eyebrow waxing are going to use soft wax because it is more accessible, less expensive, and easier to use.

One downfall of soft wax is that it can be too harsh if not used correctly.

Hard wax is very similar to soft wax, but instead of using a piece of cloth to remove the wax, the wax hardens over itself so that it can be peeled up by itself.

Hard wax is more expensive and is often more difficult to use, especially for people trying to wax their eyebrows at home.

Is Waxing Good Or Bad For Eyebrows?

Waxing is not inherently good or bad for the eyebrows, but it does have its pros and cons.

One of the great things about waxing is that, over time, it can make the eyebrow hairs grow back softer and in the shape, you’ve been waxing them in.

Also, the regrowth period for waxing is typically 3 to 4 weeks which means you won’t be seeing any stubble or regrowth for that time.

This is because the hair is being removed directly from the hair follicle.

One downfall to waxing is that it can be harsh and irritating for a lot of people, especially people with sensitive skin.

Some negative effects that people experience after waxing are irritation, itchiness, redness, and swelling.

If the person doing the waxing is not doing it correctly, waxing can even cause a burn.

Why Are My Eyebrows So Red After Waxing?

Even for people who don’t have sensitive skin, eyebrow waxing is likely to cause redness over the brow area. This is because the warm wax is pulling the hair out directly from the hair follicle which is underneath the skin making the skin feel heated and appear red in color.

Redness after eyebrow waxing is therefore quite common.

If redness is the only symptom you’re experiencing and the skin isn’t too irritated, you shouldn’t have to worry about it being a problem unless it doesn’t go away over a short period of time.

How Long Does Redness Take To Go Away After Waxing?

The good news is that redness typically goes away within a few minutes to an hour after eyebrow waxing.

If it is your first time getting your eyebrows waxed or you do not get them done regularly, the redness does tend to last a bit longer because the skin isn’t used to the wax.

How To Soothe Eyebrows After Waxing

If the redness caused by eyebrow waxing lasts a long period of time, you are going to want to try methods for soothing the skin.

One of the best ways to soothe the eyebrows after getting them waxed is by applying a cooling product.

A lot of the time, professionals will have something like this to apply after they wax you so that the redness is minimized.

One of the most popular cooling products that people use after eyebrow waxing is aloe vera.

It is cooling and refreshing on the skin which is going to reduce any inflammation or redness. It also decreases any irritation to the brows.

Another product that helps soothe the skin after getting your eyebrows waxed is witch hazel.

Witch hazel is a natural skincare product that helps to restore skin tissue and reduce inflammation.

To do this, you’ll want to put a few drops of witch hazel on a cotton pad and lightly press it against the brows.

If you notice that your eyebrows are red for an increased period of time after waxing, here are some tips to reduce the redness faster:

Preparing for an eyebrow wax is key. This is because dryness is only going to worsen any redness or irritation after waxing, so you want to make sure you are properly moisturizing.

It is recommended to use a moisturizer without any additives or fragrances in it, as these ingredients will further irritate the skin.

You can also use an aloe vera gel as a moisturizer for extra relief if you’re experiencing elevated irritation.

Another thing you can do the reduce eyebrow redness after waxing is to use a cold compress (or ice pack).

This is known to help reduce inflammation which will, in turn, reduce the redness faster.

This is optimal for people whose redness hasn’t gone away within a couple of hours.

How Do You Reduce Swelling After Eyebrow Waxing?

One of the best ways to reduce swelling after eyebrow waxing is by using a cold compress. This is known for reducing inflammation at a faster rate which will reduce redness as well.

When using a cold compress, never place something ice-cold directly against the skin.

Make sure you are utilizing a piece of gauze or a paper towel as a barrier in between your skin and the cold compress.

Usually, a burn from eyebrow wax will last anywhere from 1 to 2 weeks on average.

If you are someone with particularly sensitive skin, it may take longer to fully heal.

In some cases, the burn heals up within only a couple of days.

If you take care of the burn immediately after getting waxed, it is more likely for it not to last as long. 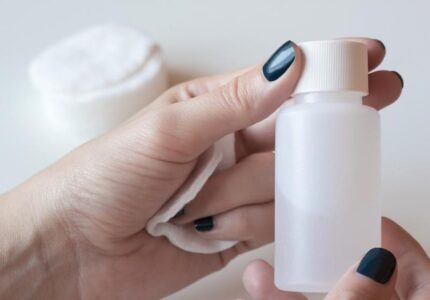 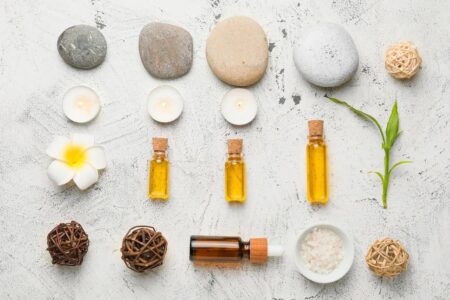